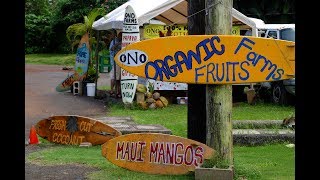 “If I have seen further it is by standing on the shoulders of giants.” – Isaac Newton, letter to Robert Hooke, 1676 The following articles are about the people who inspired me to press on when I found the world ill-defined. While I admired Hemingway and Kerouac, J.D. Salinger and Keri Hulme, Dylan Thomas and Robert Frost, the people in my Standing on the Shoulders of Giants series were, and are, the tangible, and the most immediate, examples I have of people living lives imme

Welcome To The Jungle!

Photo by Robert Johnson, Business Insider My best explanation for this piece is that Ventura, CA has it’s own version of Steinbeck’s Cannery Row just to the north of town. Few know the reality of it, and even fewer want to. In this piece I was looking to acquaint readers with the sad reality of being one of the jungle’s denizens. The environment and politics of the place are of equal importance. The Jungle On the ragged, sandy, and windswept edge of a town at one time immerse

Psychological Warfare on the Homeless?

On a daily basis the operations crew at the Ka Hale A Ke Ola (The House of Life) set off a fire alarm that is so ear-piercing very few can tolerate it. We believe this intended to let the Homeless there know that they are very temporary and that they should not feel any sort of comfort there. The alarms have gone off sometimes 3 times a day and babies are seen clinging to their parents as this frightens them beyond what an infant should be subjected to. Not to mention people

Jack Johnson, Sea-borne denizen by Philip Scott Wikel (originally published in Blue Edge Magazine) Preface: 13 years ago I was honored to have the opportunity to interview this phenomenal musician. (August 2004) If you take all the colors of all of the cultures whose borders touch the sea, then filter them through the hometown and surf-stoked sensibility of a lightly salted acoustic guitar, you’ll begin to gain an impression of the resplendent, sea-borne denizen that is Jack

Fed Up With Greed? From Craigslist:

What is wrong with this picture ??? $2,000 a month for a ONE bedroom 350 sq.ft. place..... seriously??? WHY you ask... there are are 3 reasons why! #1.) The county has allowed far too many vacation rentals and don't crack down on the illegal vacation rentals. So basically all you homeowners see $$ and ones that will MORE then cover your mortgage, you're profiting nearly double, you don't have heart you only have greed! #2.) All you homeowners who haven't flipped your house /

The following is part of a series of photographs submitted by Baldwin High School students.

A collage of 0ur photos from Paia, Maui...

The following is part of a series of photographs submitted by Baldwin High School students.
1
23

Kelly Slater’s Surf Ranch: “You Have No Idea.”

Just Another Day At The Office