Hawaii is a beautiful place with lush scenery, a bright, blue ocean, perfect weather, and wonderful people. But don’t be fooled—there’s definitely a dark side to this paradise. The Huaka’ipo are the spirits of ancient Hawaiian warriors who are eternally cursed to march throughout the islands of Hawaii. Known as the Night Marchers, they are said to march in a single line, often carrying torches and weapons, playing drums, and chanting. The Night Marchers rarely appear during t 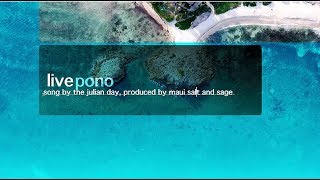 Live Pono: A Prayer For Freedom

This year may go down as one of the most critical years for humpback whale research in Hawaii in the last fifty years. For the first time since 1966 when whaling was deemed illegal in the North Pacific, humpbacks will no longer be considered an endangered species trying to come back from the brink of extinction. While there are many reasons to celebrate this recovery, on the heels of this landmark decision was one of the most abnormal winters on record for humpback whales acr

New Musical Tradition “Music serves to enliven many an hour of sadness, or what would be sadness otherwise. It is an expression of the emotions of the heart, a disperser of gloomy clouds.” (Juliette Montague Cooke; Punahou) Since the beginning of time, every culture has developed means of passing on important information to its people. For Hawaiians, there was no written language until the 1820s. The missionaries introduced the alphabet which made it possible to represent Haw

Mālama – Respect & Care for All

Image courtesy of: Mālama Pūpūkea-Waimea E na kanaka e mālama oukou i ke akua a e mālama hoi i kanaka nui, a me kanaka iki, e hele ka elemakule, ka luahine, a me ke kama, a moe i ke ala, aohe mea nana e hoopilikia. Hewa no, make! O people, respect the gods, respect also the important man and the little man, and the aged men and aged women, and the children sleep along the trailside, and not be bothered by anyone. Failure to do so is death! (Kānāwai Māmalahoe – Law of the Spli

Humpback Whales and the Hawaiian

THE KOHOLA IN HAWAI`I Humpback Whales and the Hawaiian By Charles Kauluwehi Maxwell Sr. ("Uncle Charlie") Published in Na Po`e Hawai`i The "ORAL TRADITIONS" of our Culture passes on from one Generation to another... by being the Story Teller -- KAULUWEHI passes his knowledge on to his Mo`opuna -- and thus the knowledge is bestowed... like the following story. The modern day name for the uninhabited island seen off the coast of Wailea, Maui is Kaho`olawe, though our chants te

The Humpbacks Return! The Pride of Maui

For more than one reason, the Island of Maui is consistently rated the Best Island in the world. Not only do the visitors and happy locals of Maui know this, but so do the humpback whales. Year after year, the humpback whales travel from cool Alaskan waters all the way to warm Hawaiian oceans for their annual winter breeding. They are first spotted in Maui’s waters as early as October and their presence gradually increases as more pods and escorts finally arrive in Hawaii jus

Mano Makau And Fishing in Hawaii

Hawaiians have five methods of fishing: spearing, hand-catching, baskets, hook and line and nets. There were two kinds of spearing fish, below and above water (above-water spearing was very rarely used.) Below water was the most important; the spear used by the diver was a slender stick, 6 to 7 feet long, made of very hard wood and sharply pointed on one end. Some fishermen dive to well-known habitats of certain fish and lobsters and, thrusting their arms under rocks or in ho

Aloha Folks, you can now follow this youtube link: https://youtu.be/_p9i-0RXCfo or go to the home page of our website: www.mauisaltandsage.com. to enjoy our video "Live Pono: A Prayer For Freedom." We hope you enjoy it and mahalos for your interest. Mahalo Nui Loa and A hui ho!

Join us on Friday, October 27th, at 6 pm at Whalers Village in Lahaina for a screening of the award-winning film Chasing Coral, followed by a panel discussion and Q&A hosted by scientists who work in Hawaii, Dr. Kirsten Oleson, Dr. Tom Oliver, and Dr. Mary Donovan. They will discuss the film and ongoing coral reef science and stewardship efforts happening here on Maui. Dr. Kirsten Oleson is an Associate Professor of Ecological Economics at UH Manoa. Her work in Maui focuses o
{"items":["5f8a523ba8da2b0017cb6e8d","5f8a523ba8da2b0017cb6e8e","5f8a523ba8da2b0017cb6e8f","5f8a523ba8da2b0017cb6e90","5f8a523ba8da2b0017cb6e91","5f8a523ba8da2b0017cb6e92","5f8a523ba8da2b0017cb6e93","5f8a523ba8da2b0017cb6e94","5f8a523a891dae0017f20b0e","5f8a523a891dae0017f20b0f"],"styles":{"galleryType":"Columns","groupSize":1,"showArrows":true,"cubeImages":true,"cubeType":"fill","cubeRatio":1.3333333333333333,"isVertical":true,"gallerySize":30,"collageAmount":0,"collageDensity":0,"groupTypes":"1","oneRow":false,"imageMargin":32,"galleryMargin":0,"scatter":0,"rotatingScatter":"","chooseBestGroup":true,"smartCrop":false,"hasThumbnails":false,"enableScroll":true,"isGrid":true,"isSlider":false,"isColumns":false,"isSlideshow":false,"cropOnlyFill":false,"fixedColumns":1,"enableInfiniteScroll":true,"isRTL":false,"minItemSize":50,"rotatingGroupTypes":"","rotatingCropRatios":"","columnWidths":"","gallerySliderImageRatio":1.7777777777777777,"numberOfImagesPerRow":1,"numberOfImagesPerCol":1,"groupsPerStrip":0,"borderRadius":0,"boxShadow":0,"gridStyle":1,"mobilePanorama":false,"placeGroupsLtr":true,"viewMode":"preview","thumbnailSpacings":4,"galleryThumbnailsAlignment":"bottom","isMasonry":false,"isAutoSlideshow":false,"slideshowLoop":false,"autoSlideshowInterval":4,"bottomInfoHeight":0,"titlePlacement":"SHOW_ON_THE_RIGHT","galleryTextAlign":"center","scrollSnap":false,"itemClick":"nothing","fullscreen":true,"videoPlay":"hover","scrollAnimation":"NO_EFFECT","slideAnimation":"SCROLL","scrollDirection":0,"scrollDuration":400,"overlayAnimation":"FADE_IN","arrowsPosition":0,"arrowsSize":23,"watermarkOpacity":40,"watermarkSize":40,"useWatermark":true,"watermarkDock":{"top":"auto","left":"auto","right":0,"bottom":0,"transform":"translate3d(0,0,0)"},"loadMoreAmount":"all","defaultShowInfoExpand":1,"allowLinkExpand":true,"expandInfoPosition":0,"allowFullscreenExpand":true,"fullscreenLoop":false,"galleryAlignExpand":"left","addToCartBorderWidth":1,"addToCartButtonText":"","slideshowInfoSize":200,"playButtonForAutoSlideShow":false,"allowSlideshowCounter":false,"hoveringBehaviour":"NEVER_SHOW","thumbnailSize":120,"magicLayoutSeed":1,"imageHoverAnimation":"NO_EFFECT","imagePlacementAnimation":"NO_EFFECT","calculateTextBoxWidthMode":"PERCENT","textBoxHeight":0,"textBoxWidth":200,"textBoxWidthPercent":50,"textImageSpace":10,"textBoxBorderRadius":0,"textBoxBorderWidth":0,"loadMoreButtonText":"","loadMoreButtonBorderWidth":1,"loadMoreButtonBorderRadius":0,"imageInfoType":"ATTACHED_BACKGROUND","itemBorderWidth":0,"itemBorderRadius":0,"itemEnableShadow":false,"itemShadowBlur":20,"itemShadowDirection":135,"itemShadowSize":10,"imageLoadingMode":"BLUR","expandAnimation":"NO_EFFECT","imageQuality":90,"usmToggle":false,"usm_a":0,"usm_r":0,"usm_t":0,"videoSound":false,"videoSpeed":"1","videoLoop":true,"jsonStyleParams":"","gallerySizeType":"px","gallerySizePx":671,"allowTitle":true,"allowContextMenu":true,"textsHorizontalPadding":-30,"itemBorderColor":{"themeName":"color_15","value":"rgba(96,96,96,1)"},"showVideoPlayButton":true,"galleryLayout":2,"targetItemSize":671,"selectedLayout":"2|bottom|1|fill|true|0|true","layoutsVersion":2,"selectedLayoutV2":2,"isSlideshowFont":false,"externalInfoHeight":0,"externalInfoWidth":0.5},"container":{"width":671,"galleryWidth":703,"galleryHeight":0,"scrollBase":0,"height":null}}
1
2