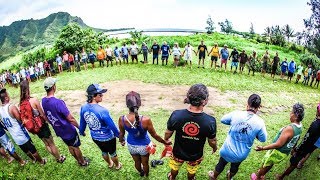 Mental health disproportionately impacts kānaka across Hawaiʻi, from keiki to kūpuna. It is linked to suicide, substance use, partner violence, homelessness, incarceration, and numerous issues in our community. Right now the Office of Hawaiian Affairs is working through legislation to secure mental health programs and services rooted in Hawaiian culture. Research shows that culturally-based programs are four times more successful in addressing these needs and by connecting ou 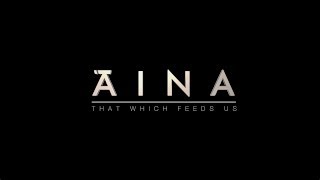 Hawaiian indigenous wisdom has some very important teachings for the whole world at this time Beautiful beaches, rainbows, tropical fruits and epic hiking make Hawaii one of the worlds most popular tourist destinations. Simultaneously this small island chain represents a microcosm of global issues and a cultural tradition rich with solutions that can benefit communities around the planet. The word aloha is commonly understood to represent “I love you”, “hello”, and “goodbye”

Mike Neal, with his Koa Boards, built in Hawaii. from Surf Art & Wood Surfboards. by Michael Tam Koa Wood is legendary in Hawaii. Not only is this amazing wood native to Hawaii but it is known for the deep rich colors and varied grain pattern. Koa has honored heritage in Hawaii and is highly revered and sacred. Koa in battle. The word “koa” means “warrior” in Hawaiian. The warriors of King Kamehameha the Great, created canoes and weapons from a wood plentiful on the Big Islan 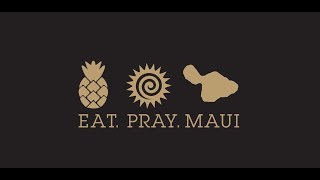 Philip Waikoloa was most recently the Art Director at Neighborhood Power Corporation, Creative Director at the Ojai Magazine, and is the publisher of MauiSalt & Sage magazine. He has 20 years' experience in graphics and video.

Article: Hula, The Door to the Heart...

Ray Whisperer by Phil Roberts The Door to the Heart of the People “One turns from the study of old genealogies, myths, and traditions of the Hawaiians with a hungry despair at finding in them means so small for picturing the people themselves, their human interests and passions …” “… but when it comes to the hula and the whole train of feelings and sentiments that made their entrances and exits in the halau (the hall of the hula) one perceives that in this he has found the do

Article: Surfers and Beyond Immortalized in Art

Stuart Ford is a surfer, some of us like Stuart for reason’s beyond our control can’t surf anymore, but that doesn’t mean we don’t still live for surfing. Our entire lives have revolved around the water and we have met some incredible friends and acquaintances throughout the years. Stuart grew up with and has met some of the greats of surfing and has immortalised them in art. Stuart’s art spans the decades with vintage surfers all the way through to our latest world champions

Painting by Herb Kane Outrigger Canoe Club fielded its first outrigger canoe racing crew in 1908 in a race in Honolulu Harbor. There were a few canoe races in the 1910s and 1920s, most often held in Waikiki, in conjunction with surfing contests. (OCC) The improvement to a road project in West Hawai‘i was catalyst to revival of outrigger canoe racing in Hawai‘i. The Territorial government sought to improve the 39-mile Waimea to Kona roadway in the 1930s. EE Black, a contractor

Article: The Golden Years of Ho'okipa

Painting by Patrick Dunne “In 1936 my family moved from Lower Pāʻia to Kūʻau. I was singing with the Royal Hawaiian Band, but in 1937 I left them to come home. One day my sister and I decided to walk over to the park. We were curious to see what it looked like.” “A friend of ours was the park keeper, and when we arrived, she had just finished her poi lunch and had fallen asleep under the hau trees. The peacefulness and beauty of the entire scene inspired me to write ‘Hoʻokipa

Aloha! We're Announcing a New Photo Contest! The theme is "Different Perspectives of the Beauty of Hawaii." Please Send submissions to mauisaltandsage@gmail.com Below is a link to the former contest winners. https://www.mauisaltandsage.com/photo-contest The deadline is February 28th

Article: Hawaiian Food of the Gods

Ka’anapali 200 Years Ago-(HerbKane) According to the theory underlying Hawaiian natural philosophy, all natural phenomena, objects and creatures, are bodily forms assumed by nature gods or nature spirits. Thus, rain clouds, hogs, gourds, and sweet potatoes were ‘bodies’ of the god Lono. Taro, sugar cane, and bamboo were bodies of the god Kāne. Bananas, squid, and some other forms of marine life were bodies of Kanaloa. The coconut, breadfruit, and various forest trees were bod

Kelly Slater’s Surf Ranch: “You Have No Idea.”

Just Another Day At The Office